Thousands of ambulance workers in England and Wales are going on strike today – with NHS leaders warning that they cannot guarantee the safety of patients.

Health Secretary Steve Barclay has urged the public to “take extra care” and “plan your activity accordingly” due to the strain the walkout will put on the health service, while Britons were also asked to “drink responsibly”.

The strikes are taking place after last-ditch crisis talks between Mr Barclay and unions failed to address the issue of pay.

Unite’s strike began at midnight and will conclude at midday.

About 600 members of the army, navy and the RAF have been drafted in from across the country to help during the walkouts, some of whom have never driven the vehicles before.

NHS Confederation chief executive Matthew Taylor said: “We have reached the stage where our leaders feel it’s necessary to say they cannot guarantee patient safety, they cannot avoid risks as these strikes unfold.” 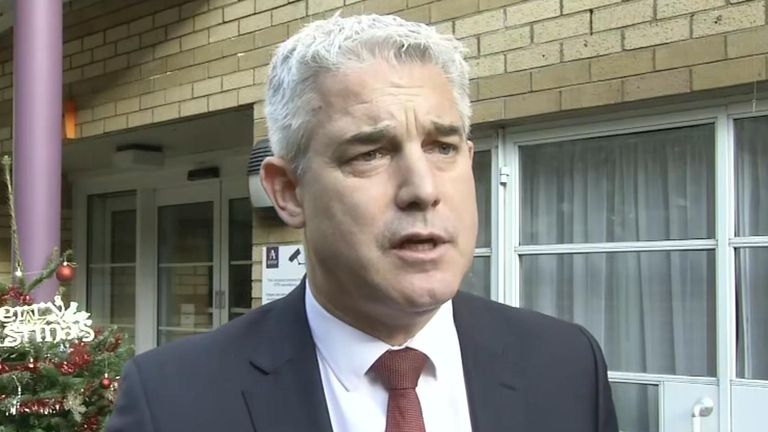 Public ‘will act sensibly’ during strike

Ahead of the industrial action, the unions had called on the government to make an offer on pay and suggested an agreement could be reached.

While Onay Kasab, from Unite, warned after the meeting that ambulance strikes would “escalate” unless the government agreed to negotiations.

“Our members are absolutely determined to win not just the pay battle but to win the battle to save the NHS,” he said.

“My number one priority is to keep patients safe,” the health secretary said.

“The government and NHS colleagues have been working to protect safe staffing levels.

“However, there will be fewer ambulances on the road due to industrial action and the NHS will be prioritising those with life-threatening needs.

“My message to the public is to take extra care tomorrow and plan your activity accordingly. You may also want to check up on more vulnerable friends, family and neighbours.”

He continued: “Further pay increases would mean taking money away from frontline services at a time when we are tackling record waiting lists as a result of the pandemic.”

Writing in The Telegraph, the health secretary added: “We now know that the NHS contingency plans will not cover all 999 calls. Ambulance unions have taken a conscious choice to inflict harm on patients.”

Read more:
Strikes every day before Christmas – which sectors are affected and why
How A&E and other NHS services will be impacted

The strike action comes a day after ambulance and hospital trusts across the country declared critical incidents as a result of “sustained” and “unprecedented” pressure on services.

Meanwhile, nurses across the country went on strike for a second day yesterday.

Royal College of Nursing chief Pat Cullen has confirmed that nurses will announce post-Christmas strikes by the end of the week unless the government agrees a deal on pay.

She warned Mr Sunak that the “clock is running” for him to enter negotiations to prevent further action. 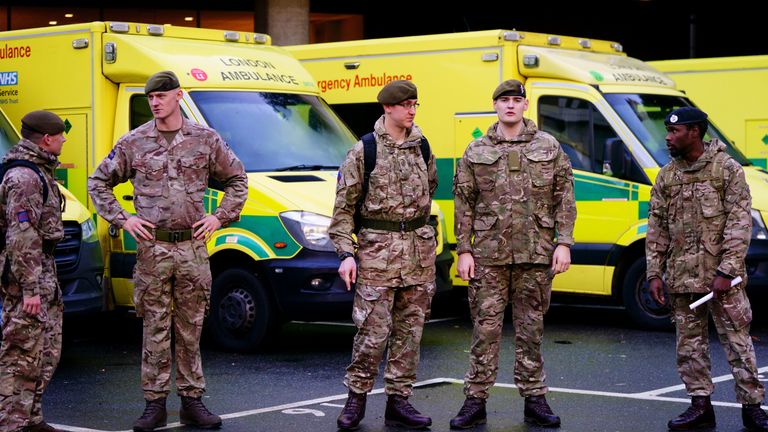 Yesterday, health minister Will Quince urged people to think again about contact sports and avoid running on icy roads during the ambulance strike.

All Category 1 calls (the most life-threatening, such as cardiac arrest) will be responded to during the strike action today, while some ambulance trusts have agreed exemptions with unions for specific incidents within Category 2 (serious conditions, such as stroke or chest pain).

It means those who suffer trips, falls or other non-life-threatening injuries may not receive treatment.