A senior Taliban leader has told Prince Harry that the militants he killed in Afghanistan were “not chess pieces, they were humans”.

Responding to revelations in Harry’s new memoir that he killed 25 Taliban fighters, Anas Haqqani, a senior aide to the interior minister, tweeted: “Mr Harry! The ones you killed were not chess pieces, they were humans; they had families who were waiting for their return.

“Among the killers of Afghans, not many have your decency to reveal their conscience and confess to their war crimes.”

Another Taliban official, Suhail Shaheen, head of the group’s political office, told Sky News that Harry had “committed a crime against humanity”.

He said of the Taliban deaths: “They were freedom fighters of their country, you were invaders. Their cause was legitimate. They were heroes of the people, but you were their enemy.”

He also said Harry ought to be questioned by the “court for crimes against humanity” and said the people of his country “cursed” the royal.

The Duke of Sussex writes about his two tours of duty in Afghanistan in his highly-anticipated book, Spare, a copy of which Sky News obtained before its release next week.

In it, the prince reveals he killed 25 fighters and says he did not think of them as “people”, but instead as “chess pieces” that had been taken off the board.

He adds: “It was not something that filled me with satisfaction, but I was not ashamed either.”

Read more:
How did William and Harry’s relationship break down?
Analysis: Harry cuts a sad, self-indulgent and naive figure
Harry says ‘ball in their court’ for family reconciliation 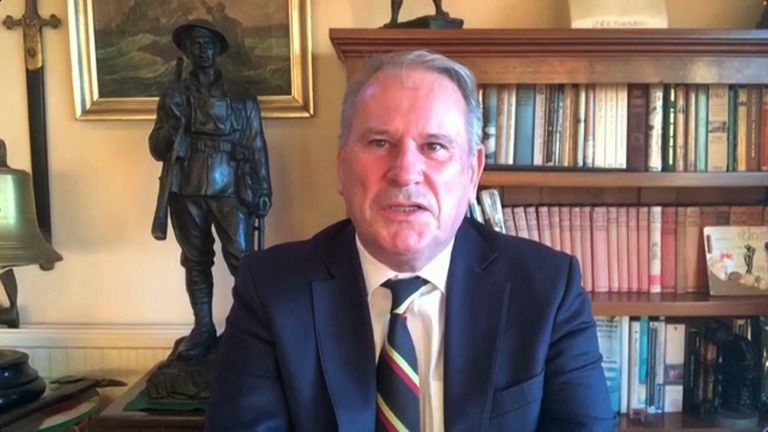 Various members of the British military have taken exception to the prince’s head count.

Retired Royal Navy officer rear admiral Chris Parry told Sky News that in 35 years of service, including in combat, he had never heard a colleague “say what their score is”.

“I’m afraid to say it’s clumsy, tasteless and does not afford respect to the people who have been killed,” he added.

And former senior army officer Colonel Richard Kemp said he thought Harry’s comments were “ill-judged” and could incite an attack on British soldiers.

Col Kemp, who took command of British forces in Afghanistan in 2003 before his retirement, said the prince’s suggestion that British soldiers are trained to see their enemies as “less than human” was particularly dangerous.

“He characterised the British Army basically as having trained him and other soldiers to see his enemy as less than human, just as chess pieces on a board to be swiped off, which is not the case. It’s the opposite of the case.”

He warned the comments could “incite some people to attempt an attack on British soldiers anywhere in the world” and may have motivated those who support the Taliban to “kill Harry” because of memories that have been “resurrected” by his comments.

“Sharing” may seem a good idea to whatever therapists Harry has been seeing but not in the minds of his former military mates and commanders.

There are very good reasons his friends and other veterans have expressed disappointment and concern and urged him to stop.

Not least because the revelations about the number of Taliban fighters he has killed will make life potentially more dangerous for his family and other British veterans.

Harry was the grandson of Britain’s head of state, the Queen, when he served in her armed forces and killed what he says were 25 Taliban fighters.

The fact that he has described doing so, so dispassionately is a propaganda and recruitment godsend to the country’s enemies, something borne out by the reaction on Taliban and other extremist social media.

Whether he likes it or not, as a member of the Royal Family Harry’s role is political and has geopolitical and diplomatic consequences.

He does not seem to have thought that through.

He certainly did not seek authorisation from His Majesty’s Government before publication for details that could have a direct consequence on British subjects and interests.

Lord Darroch, a former national security adviser, said if he were guiding Prince Harry, he would have “advised against the kind of detail that he goes into”.

And even a Royal Marine friend of the former royal has voiced his disappointment. 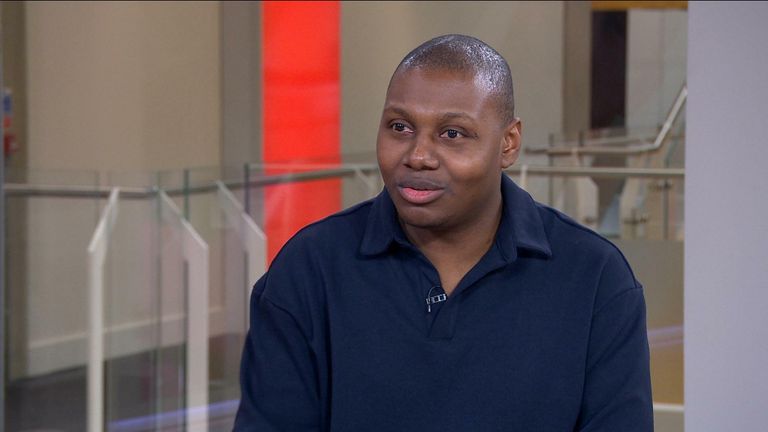 Prince Harry needs to ‘go and enjoy the rest of his life’.

Ben McBean, who knows Prince Harry from their time in the armed forces, said he was “sad” to hear of the book’s extract and said Harry now needs to “go and enjoy his life and just chill”.

“It’s sad because he is such a good guy.”

He said Harry’s work as an Apache pilot, on the Invictus Games and all his other charitable causes was now being “overlooked”.

“He has gone down a different route now – and that is over-shadowing everything else.”

Harry’s book also includes an explosive claim he was physically attacked by his brother Prince William during a row over his marriage to Meghan Markle.

He also writes about the moment he was woken up by his father to be told his mother had been in a car accident.

The duke also admits to having taken cocaine and says he asked his father not to marry Camilla.

In a new trailer for an interview with ITV to promote the book, the duke says he saw a “red mist” in William during an argument between them.

He claims his brother “wanted me to hit him back, but I chose not to”.