Prince Harry has written about the moment he found out that his mother, Princess Diana, had been in a car accident.

Other revelations in the book include:
• The duke admits he took cocaine
• He says he killed 25 people in Afghanistan
• He says he asked his father not to marry Camilla
• He says his father said Meghan shouldn’t go to Balmoral
• He says he and his brother were dissuaded from jointly asking for an investigation into Diana’s death

Writing about his mother’s death, he said he was woken up by his father who “sat on the edge of the bed and put his hand on my knee”.

According to the duke, Charles said: “My dear son, mum has had a car accident.

“There have been complications. Mum has been seriously injured and has been taken to hospital, my dear son.”

The book added: “He would always call me ‘dear son’, but he was repeating it a lot.

“He spoke quietly. It gave me the impression he was in shock.”

Princess Diana died in 1997 following a car crash in Paris.

The book Spare was mistakenly put on shelves in Spain, five days ahead of the official release date – but Sky News has obtained a copy.

Prince Harry also says in his new book that he asked his father not to marry Camilla.

Speaking about his father marrying Camilla, the prince writes: “That’s why when the question came, Willy and I promised our father that we would welcome Camilla to the family. The only thing we asked for in return was that he didn’t marry her. ‘You don’t need to get married again’ we asked him.”

In Spare, Harry also said that he killed 25 people while serving in Afghanistan.

Writing about his two tours of duty, the Prince, who spent 10 years in the Army, said: “So my number: twenty-five. It was not something that filled me with satisfaction, but I was not ashamed either.

Read more on the royals:
Be under no illusion, Prince William will be livid and there is more to come from Prince Harry
Harry and Meghan ‘will be welcome’ at Charles’s coronation, report says

Prince claims he was dissuaded from asking for Diana investigation

Harry also claims in his memoir that he and William were dissuaded from jointly asking for an investigation into their mother’s death.

He wrote: “Especially the summary conclusion, that our mother’s driver was drunk and, as a result, that was the only cause of the accident. It was simplistic and absurd. Even if the man had been drinking, even if he had been drunk, he wouldn’t have had any problem driving through such a short tunnel.

“Unless paparazzi were following him and dazzled him. Why had those paparazzi got off lightly? Why weren’t they in prison? Who had sent them? And why weren’t those people in jail either? What other reason could there be apart from corruption and cover-ups being the order of the day?

“We agreed on all those questions, and also what we should do next. We would issue a statement, asking jointly for the investigation to be reopened. We might call a press conference. Those who decided dissuaded us.” 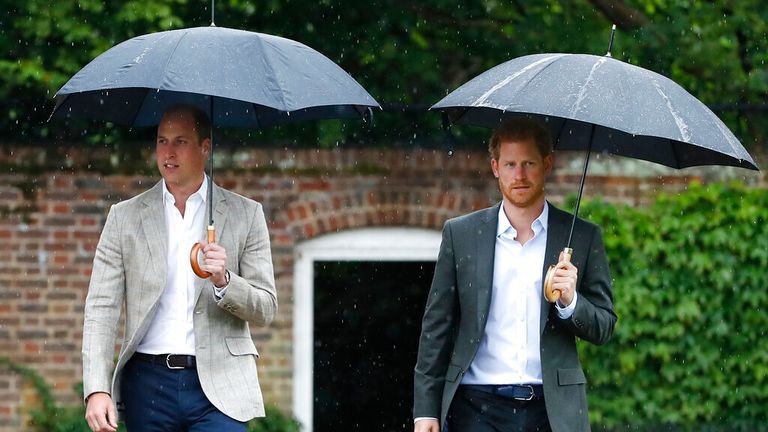 In the book, he also admitted that he took cocaine, spoke about how he lost his virginity and claimed his brother physically attacked him during a row over his marriage to Meghan Markle.

Harry described losing his virginity as “a humiliating episode with an older lady”.

He said it was “with an older lady, who loved horses very much and treated me like a young stallion”.

The excerpt read: “‘I mounted her quickly, after which she spanked my ass and held me back… one of my mistakes was letting it happen in a field, just behind a busy pub. No doubt someone had seen us.”

Meghan told not to come to Balmoral, Harry claims

In his book, Harry also claims that his father told him that Meghan should not come to Balmoral. The Queen was staying at her Scottish estate when she died last September.

The prince wrote: “Then my father called again. He told me I was welcome at Balmoral, but… without her. He started to explain his reasons, but they didn’t make any sense at all, and it was disrespectful as well. I did not tolerate it from him.

“Don’t even think about talking about my wife like that.

“Repentant, he said, stammering, that he simply didn’t want the place to be full of people. Nobody’s wife was going to go, not even Kate, he told me, so Meg shouldn’t either.”

Sustained by Pimms, lager and katsu curry, but only respect for the Queen in the queue