‘I’m too messed up now to type’: Jeremy Renner thanks fans on social media after accident

Marvel actor Jeremy Renner has thanked fans on social media after he was critically injured by a snow plough.

On Instagram, he shared a picture from his hospital bed and wrote: “Thank you for all your kind words. I’m too messed up now to type. But I send love to you all.”

The post came as local sheriffs gave an update on their investigation into the incident on New Year’s Day.

Officials stressed they do not believe the 51-year-old was impaired at the time, and that it was a “tragic accident”.

Sheriff Darin Balaam said when the incident happened, Renner was being “a great neighbour” and helping to dig out roads in his community of Reno, Nevada, that had become deluged during a massive winter storm.

He said the actor had discovered his personal vehicle was stuck in snow, so went to fetch his 14,330lb (6,500kg) ‘PistenBully’ plough to help tow it out.

“After successfully towing his vehicle, Mr Renner got out of the PistenBully to speak to a family member,” Mr Balaam said. 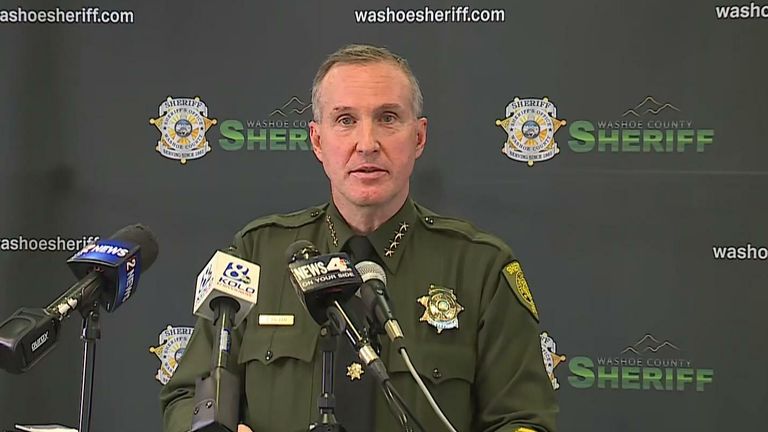 Renner was ‘run over’ by snow plough

“At this point, it started to roll. In an effort to stop it, he attempted to get back into the driver’s seat…and he is run over by the PistenBully.

“A eyewitness said he saw Renner get in… and didn’t see him again until it came to rest in a pile of snow at the bottom of his driveway.”

Mr Balaam said Washoe County Sheriff’s Office had taken possession of the plough and was now analysing it to rule out mechanical failure – a “normal part of any major investigation”.

The Reno area was hit by a winter storm on New Year’s Eve which resulted in thousands of homes suffering power cuts and hundreds of roads being closed across northern California and parts of neighbouring Nevada.

Renner, a two-time Oscar nominee, is well-known for playing Hawkeye in the Marvel Cinematic Universe.

He has also featured in films including The Hurt Locker, American Hustle, and Mission Impossible – Ghost Protocol alongside Tom Cruise.

Renner, who has a daughter with his ex-wife Sonni Pacheco, is currently starring in the Paramount+ series The Mayor of Kingstown.