Sir Keir Starmer has condemned a Labour MP for “racist” comments she made about Chancellor Kwasi Kwarteng.

Rupa Huq was administratively suspended pending an investigation after she claimed that Mr Kwarteng was “superficially” black.

The MP for Ealing Central and Acton made the remarks about the UK’s first black chancellor at a Labour conference fringe event on Monday entitled “What’s Next for Labour’s Agenda on Race?”.

Sir Keir told LBC: “What she said in my view was racist, it was wrong and she’s been suspended from the whip in the party and that was done very, very quickly.”

The Labour leader said it was not his personal decision to suspend her, but “it’s a decision I absolutely agree with” and the MP will now face an investigation.

The criticism was echoed by shadow culture secretary Lucy Powell, who told Sky News’ Kay Burley this morning: “Rupa’s comments were racist, in my view, they were wrong, they were incredibly stupid.”

Ms Powell said that an investigation by the party will follow which will be carried out independently of MPs.

She added that someone who made such comments should “face serious sanction”.

Asked if Ms Huq would be allowed to stay in the party, Ms Powell again said a disciplinary procedure was under way.

She said she did not want to turn the situation into a “party political point”, before criticising the Conservatives for not “standing up and taking action against misdemeanours of their own parliamentarians”. 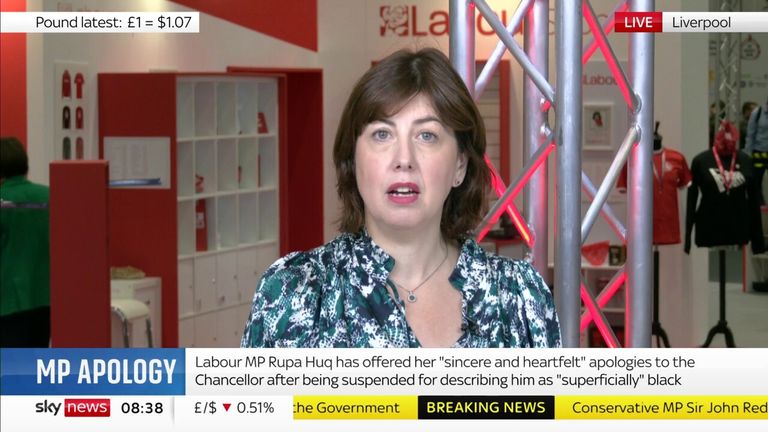 Should a ‘racist’ be allowed back into Labour?

After her suspension, Ms Huq apologised for her “ill-judged” comments.

“I have today contacted Kwasi Kwarteng to offer my sincere and heartfelt apologies for the comments I made at yesterday’s Labour conference fringe meeting,” she posted on social media.

“My comments were ill-judged and I wholeheartedly apologise to anyone affected.”

Jake Berry, the Conservative Party chairman, had condemned Ms Huq’s “vile” comments before her suspension and urged Sir Keir to remove the whip.

In audio posted online by the Guido Fawkes website, Ms Huq says of Mr Kwarteng: “Superficially he is a black man.

“He went to Eton, I think, he went to a very expensive prep school, all the way through, the top schools in the country.

“If you hear him on the Today programme, you wouldn’t know he is black.”

Labour said: “We condemn the remarks and urge her to withdraw them and apologise.” 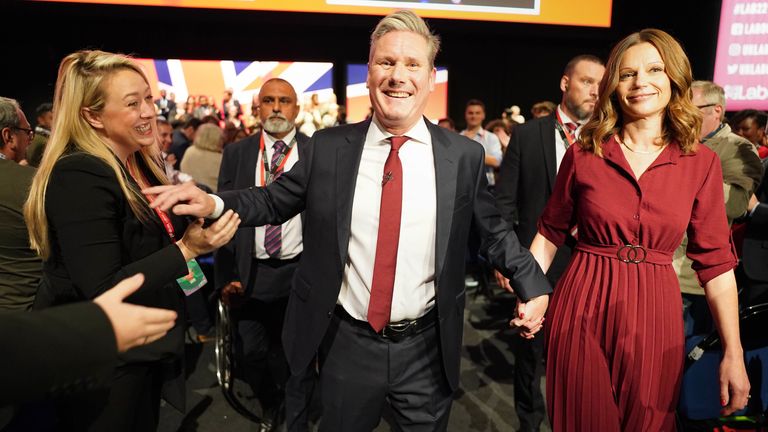 The suspension came shortly after Sir Keir finished his conference speech, which he used to argue now is a “Labour moment” for the party to provide the leadership the nation “so desperately needs”.

The event in Liverpool draws to a close on Wednesday with Labour in a buoyant mood following a series of poll leads over the Tories.

In media rounds today, Sir Keir said he has shifted Labour to be closer to the party of Sir Tony Blair, the former prime minister, than the version led by Jeremy Corbyn.

Conservative leadership race hustings: What have we learned so far?