Labour to fight back against Trussonomics tax giveaways at party conference

Labour will attempt to fight back against the chancellor’s Trussonomics tax giveaways by unveiling rival plans to boost economic growth at its conference in Liverpool.

The four-day conference will begin with a tribute to the Queen by party leader Sir Keir Starmer and the national anthem, a move that will be criticised by left-wingers.

Deputy leader Angela Rayner will then launch Labour’s policy agenda with an assault on Tory “sleaze” in public sector contracts and a plan to plough billions into jobs and regeneration.

What to expect from Labour’s annual conference

“The Tories have left a legacy of sleaze, cronyism and corruption, with the British people left to pick up the bill,” she will declare.

“Labour will unleash the power of procurement for the public good.

“Under the next Labour government, there will be no hiding place for cronies and no corner for corruption. We’ll give the Tory sleaze merchants their marching orders, end handouts to tax havens and strike off failed providers.”

Other highlights include Sir Keir and shadow culture secretary Lucy Powell in a chat with Sky Sports pundit and ex-England footballer Gary Neville, who joined Labour this year and has been tipped for a move into politics.

But with strikes by rail workers and other groups escalating and the Tories now pledging new anti-strike laws, Sir Keir will face attacks from union leaders over his ban on Labour frontbenchers joining picket lines.

And former leader Jeremy Corbyn and his left-wing allies will cause Sir Keir further embarrassment at their parallel radical alternative event, The World Transformed festival, also taking place in Liverpool. 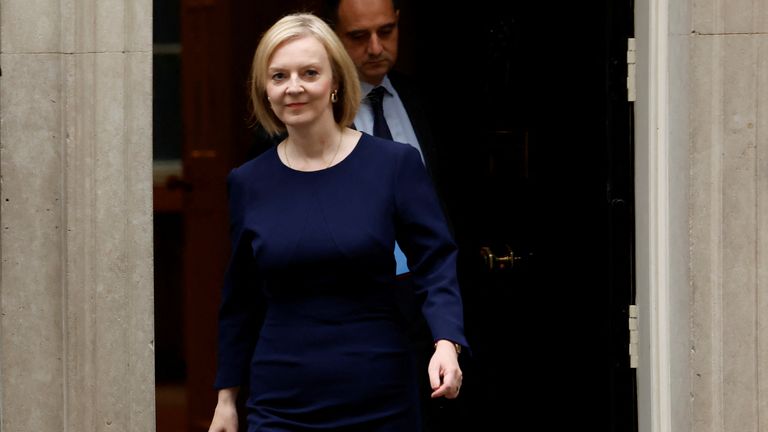 Mr Corbyn and allies including John McDonnell, Len McCluskey and RMT leader Mick Lynch will speak at sessions including ‘The Working Class Strikes Back’, ‘God Save the King?’ and ‘How to Shut Down an Israeli Arms Factory’.

In her opening speech to the Labour conference, Ms Rayner will vow to maximise post-Brexit opportunities by turning government procurement policy, worth £379bn a year, on its head.

“Labour is calling time on the Tories’ procurement racket run at the expense of British taxpayers,” she will say. “Labour’s National Procurement Plan will support British enterprise, drive up standards and deliver for our communities.

“Our Value for Money Guarantee will ensure every penny of public procurement spend will be guided by the national interest to support the return of local jobs, skills and wealth-building and give small and medium enterprises a fair chance to benefit.

“The Tories’ policy of rewarding failure will be brought to an end. We’ll claw back taxpayer’s money and plough it straight back into communities to support the people who build the wealth in this country.”

“Outsourcing has been a colossal waste of taxpayers’ money and led to a race to the bottom on workers’ pay and conditions.

Read more:
Pork markets and p45s: The highs and lows of political conference season
Key mini-budget announcements
Trussonomics: The five key points – and will they work?

“In sectors like social care – where outsourcing has been used on an industrial scale – services have been run on the cheap and frontline care staff are underpaid and badly treated.

“Any organisation or company awarded public contracts must treat their workers fairly and deliver for service users.

“Under the Conservatives, the public purse has been abused to line the pockets of bad bosses.”

The Labour Party says this year’s conference will welcome more than 12,000 attendees for four days of policy discussion, training and events.

And a time when the party is strapped for cash, it claims this year’s exhibition is the most successful in 15 years in income and the number of exhibitions. There will be almost 200 stands, including new exhibitors Sainsbury’s, Lloyds, Barclays and UK Fisheries.

In a welcome to those attending, party chair Anneliese Dodds said: “We meet at a difficult time for Britain. Families and businesses are facing spiralling costs and the whole country is looking worried about a winter of uncertainty.

“Twelve years of Tory governments have left us with lower growth, lower investment and lower productivity. The only things that are going up are inflation, interest rates and bankers’ bonuses.

“But Labour has a plan for a fairer, greener future that will secure our economy and kickstart growth. That will put an end to the short-termism that has seen us lurch from crisis to crisis. That delivers energy security and brings down bills. That seizes the opportunities of the future and delivers for working people.”

‘God save The King’: PM Truss says Queen was ‘the rock on which modern Britain was built’