The 23-year-old man stabbed to death on the dancefloor of a Birmingham nightclub has been named as footballer Cody Fisher.

His family said in a statement: “They have broken our hearts; I have lost my best friend. My family and I are asking for privacy and respectfulness at this heart-breaking time.”

West Midlands Police were called to The Crane nightclub in Digbeth just before 11.45pm on Boxing Day.

Police said Mr Fisher had been on a night out with friends when he was approached by a group of people and stabbed.

Despite efforts to save him, he was pronounced dead around half an hour later. Police have launched a murder investigation.

Mr Fisher played for Stratford Town FC, who are in the Southern League Premier Division Central. He had also played for Bromsgrove Sporting.

Stratford Town’s Chairman, Jed McCrory told Sky News that “everyone is devastated by the news” and described Mr Fisher as a “talented footballer” and a “lovely, lovely young man”.

The club released a statement and described Mr Fisher’s death as a “tragic loss”, adding: “Our sincere condolences go to the family and friends of Cody.”

One of Mr Fisher’s friends, who played with him last season at Bromsgrove, told Sky News: “He was genuinely one of the nicest people you could hope to meet. He’d do anything for you.”

The friend said Mr Fisher texted him last night to ask if he was going on the night out, but he decided not to go.

Police said hundreds of people were at the nightclub at the time of the stabbing. 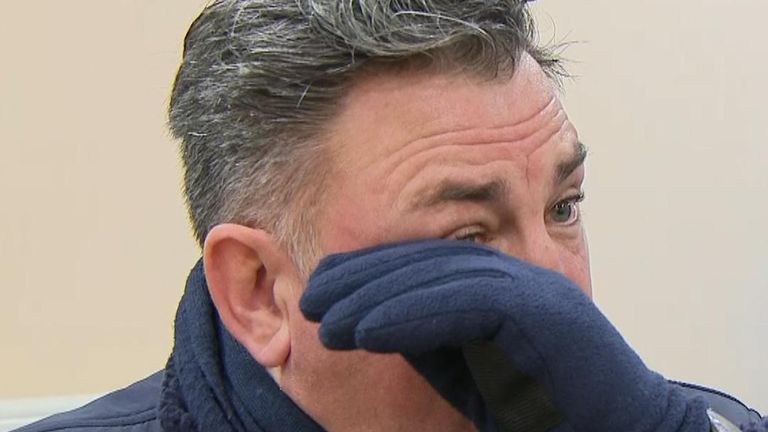 Detectives are viewing CCTV from the venue and urge anyone who was in the area to get in touch.

Revellers at the nightclub criticised security searches at the event and described a “moody” atmosphere inside the venue.

Sydnee Power, from Birmingham, described “groups of lads” who were “looking to cause trouble”.

The 23-year-old said there was a “very weird vibe” and added: “There were just groups of lads everywhere, most of them looked moody…A lot of them were definitely looking to cause trouble, they clearly weren’t there to enjoy the music.”

‘Anyone could have brought anything in’

An 18-year-old man from Wolverhampton, who did not want to be named, said the incident was a “disaster waiting to happen”.

He said of the security searches: “Me and the friend I was with, not once did we get asked to clear our pockets out even though mine were full. I had cargo trousers on with pockets full.

“They didn’t even touch me whilst searching me, they just followed the outline of my body with their hands then tapped me to say go on through.

“Anyone could have brought anything in.”

The Crane said it is “deeply shocked and saddened” by the incident and added that the club’s New Years Eve event has been cancelled.

Police said the scene remains closed while evidence is gathered and neighbourhood officers will be patrolling the area over the coming days to offer reassurance.