The pound has fallen to a 37-year low against the dollar after figures showed that the cost of servicing UK government debt last month hit a record high for August – before Liz Truss came to power with promises to splash the cash.

The Office for National Statistics said that interest payments were £8.2bn last month. That was £1.5bn more than a year earlier and the highest August figure since monthly records began in 1997 as it included the effect of rising inflation.

Many government bonds are linked to the Retail Prices Index measure, which was 12.3% that month.

The payments meant that public sector borrowing was £11.82bn, far more than the £8.5bn forecast by economists.

There is concern that taxpayer-funded energy aid for households and businesses, coupled with the promise of tax cuts to spur growth, is damaging investor confidence.

A Reuters poll of bond strategists and economists, carried out last week, suggested that 55% believed there was a high risk that confidence in British assets, including government bonds, would deteriorate sharply in the next three months.

Most of the decline this year can be explained by the global rush towards the dollar in times of uncertainty, but Ms Truss’s plan to subsidise energy bills is tipped to come in at about £150bn. 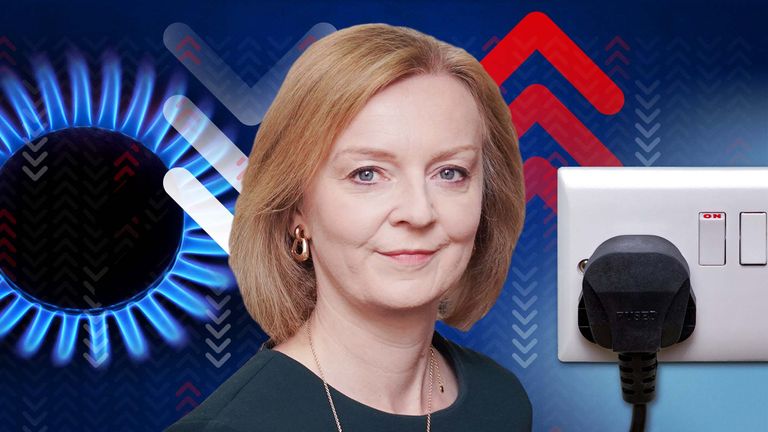 Bas Van Geffen, a strategist at Rabobank, said: “Trust is fleeting… and Truss would be wise to reassure markets that she has a plan to pay for these expenditures.”

Kwasi Kwarteng, the chancellor, who is expected to outline a mini-budget called “The Growth Plan” on Friday, has insisted that Britain has more room to borrow than other countries as they have a bigger share of public debt to economic output.

The government believes that kick-starting growth is the best way to get stronger tax revenues.

Mr Kwarteng said in reaction to the public borrowing figures: “Our priority is to grow the economy and improve living standards for everyone – with strong economic growth and sustainable public finances going hand in hand.

“As chancellor, I have pledged to get debt down in the medium term. However, in the face of a major economic shock, it is absolutely right that the government takes action now to help families and businesses, just as we did during the pandemic.”