Summer getaways and weekend plans could be severely disrupted today during a fresh round of rail strikes – with an “amber traffic warning” also in force on the roads.

The Aslef union says train drivers at seven rail companies are staging a 24-hour walkout in a dispute over pay, and there are fears millions of passengers could be disrupted.

Elsewhere, the AA is warning motorists there could be severe congestion on major routes between 11am and 3pm today – with the South of England set to be particularly vulnerable.

A number of factors are to blame – including the rail strikes, the Commonwealth Games in Birmingham, and the start of the Football League season in England.

Drivers are being told to prepare for stop-start traffic as the weekend gets underway, and the AA’s head of road policy Jack Cousens says the congestion will be a frustration for many.

He added: “As well as taking food and water, some form of entertainment for younger passengers might just hold off a sigh and mutterings of ‘I’m bored!’ for a while.”

Roads into the Port of Dover and Eurotunnel terminal in Folkestone weren’t affected by the traffic yesterday, but National Highways says this weekend is “likely to be extremely busy”.

The UK and France have now put plans in place to prevent border chaos and “maximise passenger flows”, and weekly meetings will aim to avoid additional disruption on both sides of the Channel.

Some 140,000 passengers are expected to pass through the Port of Dover between Thursday and Sunday this week, as well as 45,000 cars and 18,000 freight vehicles. 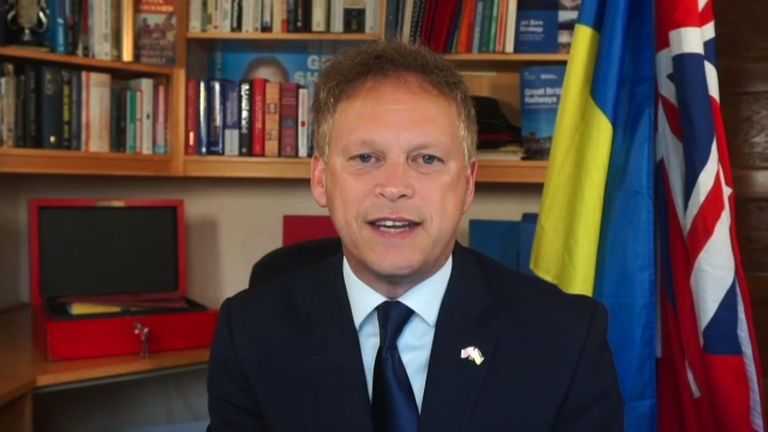 ‘We need to remove power of militant unions’

The Rail Delivery Group has accused the Aslef union of timing its industrial action to coincide with major sporting events.

Rail Delivery Group chairman Steve Montgomery said: “We’re really disappointed that the Aslef leadership has decided to impose yet more uncertainty and disruption for passengers and businesses in a week which has already seen a strike by the RMT.”

Passengers on affected routes are urged to plan ahead and check before they travel – and if trains are cancelled, travellers can change their ticket, get a refund, or use their ticket until Tuesday.

Further strikes are planned next month in the deadlocked row over pay, jobs and conditions – with Aslef’s general secretary Mick Whelan insisting industrial action is “always the last resort”.

He added: “We don’t want to inconvenience passengers, our friends and families use public transport too, and we don’t want to lose money by going on strike – but we’ve been forced into this position by the companies, who say they have been driven to this by the Tory government.”

Mr Whelan claimed that many Aslef members have not had a pay rise in three years – and with inflation “running at north of 10%”, these drivers have seen their pay fall in real terms.

“It’s not unreasonable to ask your employer to make sure you’re not worse off for three years in a row,” he said. “Especially as the train companies are doing very nicely, thank you, out of Britain’s railways, with handsome profits, dividends for shareholders, and big salaries for managers, and train drivers don’t want to work longer for less.”

‘Our hands cannot pick anything up’: Frustrated Turks criticise Erdogan’s response to earthquake