Rishi Sunak has said he is “sad and disappointed” that strikes are threatening to disrupt Christmas getaways.

The prime minister admitted setting public sector pay was a “difficult question” but insisted that “the government has acted fairly and reasonably in accepting all the recommendations of the independent public sector pay review bodies”.

However, he did not explicitly rule out a one-off pay offer for striking NHS staff.

Asked how he would prevent further action, Mr Sunak said: “As the health secretary and I have previously said, our door is always open.

“There’s lots of things people have raised as things that we might make a difference to, and we’d be happy to talk about all those things.”

Shortly after his interview, the Royal College of Nursing (RCN) announced nurses will strike again in England on 18 and 19 January and said further dates would be confirmed in the new year.

The impact of the strikes will be widened, with the number of trusts involved increasing from 44 to 55.

The union disputed Mr Sunak’s insistence that the government is open to talks.

The RCN tweeted: “Once again, we offered talks. Once again ministers refused to get round the table. Once again nursing staff are left with no choice. For the protection of our patients & profession, our next strike will take place on 18 & 19 January 2023.”

RCN general secretary Pat Cullen added: “The government had the opportunity to end this dispute before Christmas but instead they have chosen to push nursing staff out into the cold again in January.”

NHS providers, which represents trusts across England, said the action will “pile even more pressure on an already overstretched health service” as they urged the government to enter “serious” talks with unions over pay.

Hundreds of thousands of workers across many sectors of the economy have gone on strike or are planning to this winter as unions seek pay rises for their members during the cost of living crisis and soaring inflation.

Mr Sunak said: “I am sad and disappointed about the disruption that is being caused to so so many people’s lives, particularly at Christmas time.”

He urged everyone travelling to check before setting off to ensure they have minimum disruption to their journey.

Earlier, the leader of union behind the Border Force strikes warned travellers could face months of disruption unless the government comes forward with an improved pay offer.

PCS union general secretary Mark Serwotka told Sky News that the government had only offered a 2% pay rise, despite staff asking for a 10% increase to keep up with inflation. 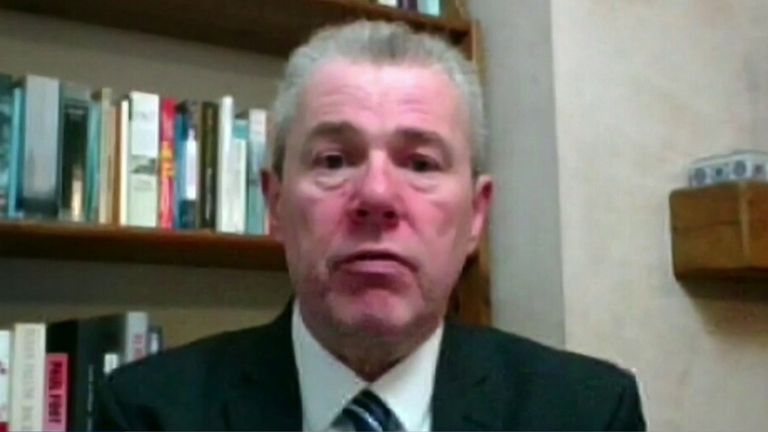 He added that 40,000 members of the Civil Service were using food banks, describing the situation as a “crisis of poverty”.

He also predicted a “huge escalation” in industrial action in January across the Civil Service unless ministers enter into negotiations.

“So anyone who faces disruption, you have a right to be angry, but your anger should be directed at Rishi Sunak and Jeremy Hunt,” he said.

Speaking during a visit to a homeless shelter in London, Mr Sunak said inflation is “eating into everyone’s pay packets” and in order to reduce that he has to be “responsible about public sector pay”.

“In the long term it’s the right thing for the whole country that we beat inflation,” he said.

Source of polio virus could be narrowed down to house or street, minister says