The best and worst Christmas sweaters from top soccer clubs

Thanks to the unusual timing of the 2022 World Cup, the festive build-up took a backseat for a while this year, but that hasn’t deterred football clubs from across Europe’s top leagues cramming their stores full of Christmas knick-knacks.

Central to each collection is the official Christmas sweater, which has become something of an annual tradition in the football realm. Clubs have drummed up a fresh batch of new designs for 2022, but while some of them are the perfect attire to wear while singing carols around the fire, others are pure holiday horrors.

Here is our selection of the very best and, naturally, the very worst festive knitwear on offer in official club stores this holiday season. 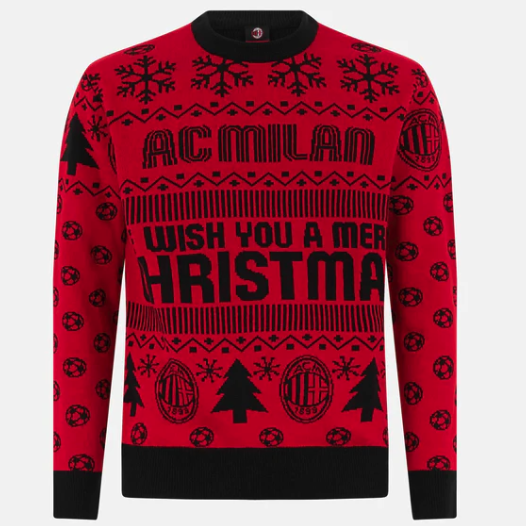 Serie A’s reigning champions Milan have stuck to their Rossoneri club colours for their 2022 Christmas jumper, with a Christmas message emblazoned across the midriff. Fans wishing to fully accessorise can pair the sweater with a matching bobble hat. 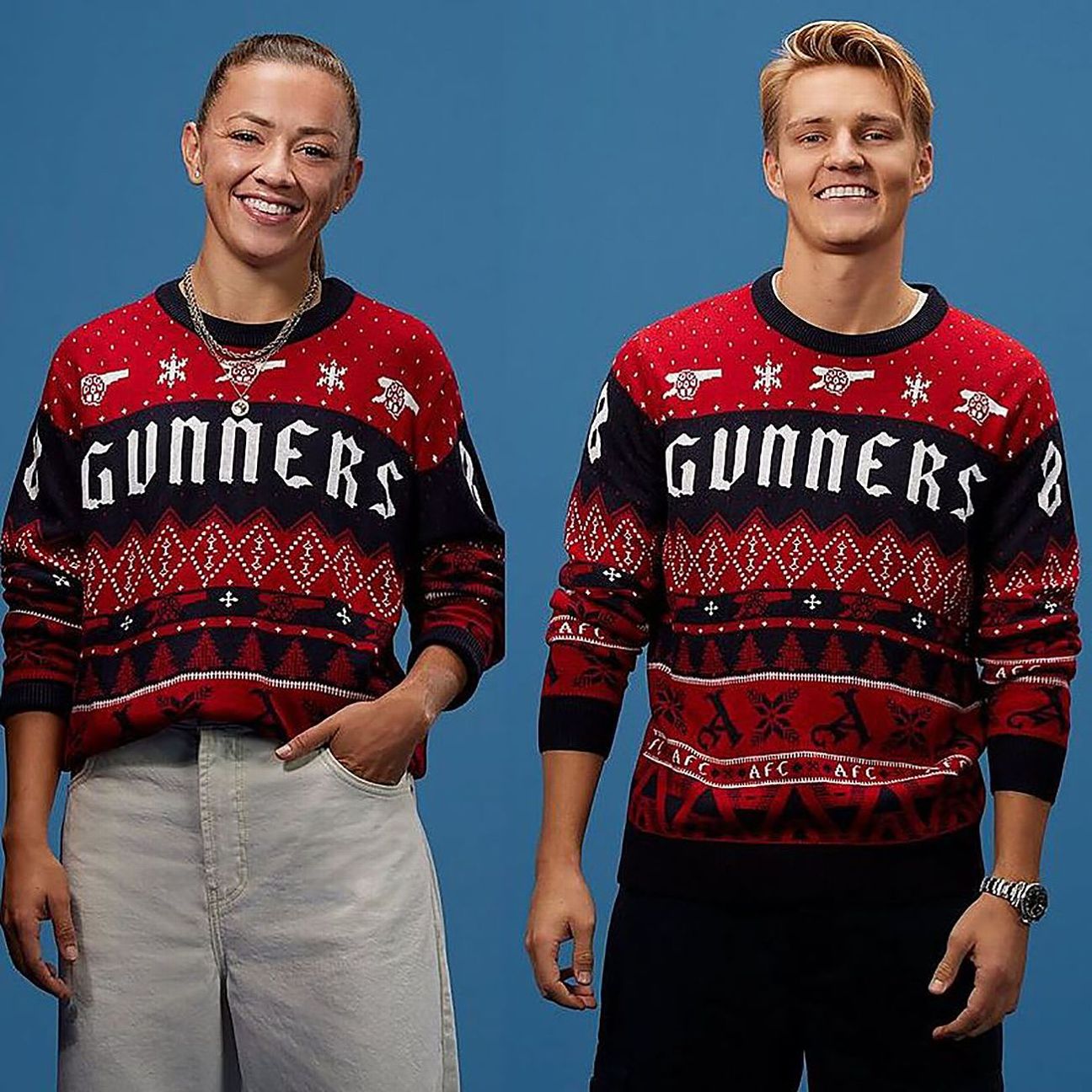 With retro details taken from the club’s kits and crests of the past, the Gunners have produced a jumper that is both festive and suave — as Katie McCabe and Martin Odegaard demonstrate here. It’s certainly befitting of a team sitting pretty at the top of the Premier League at Christmas. 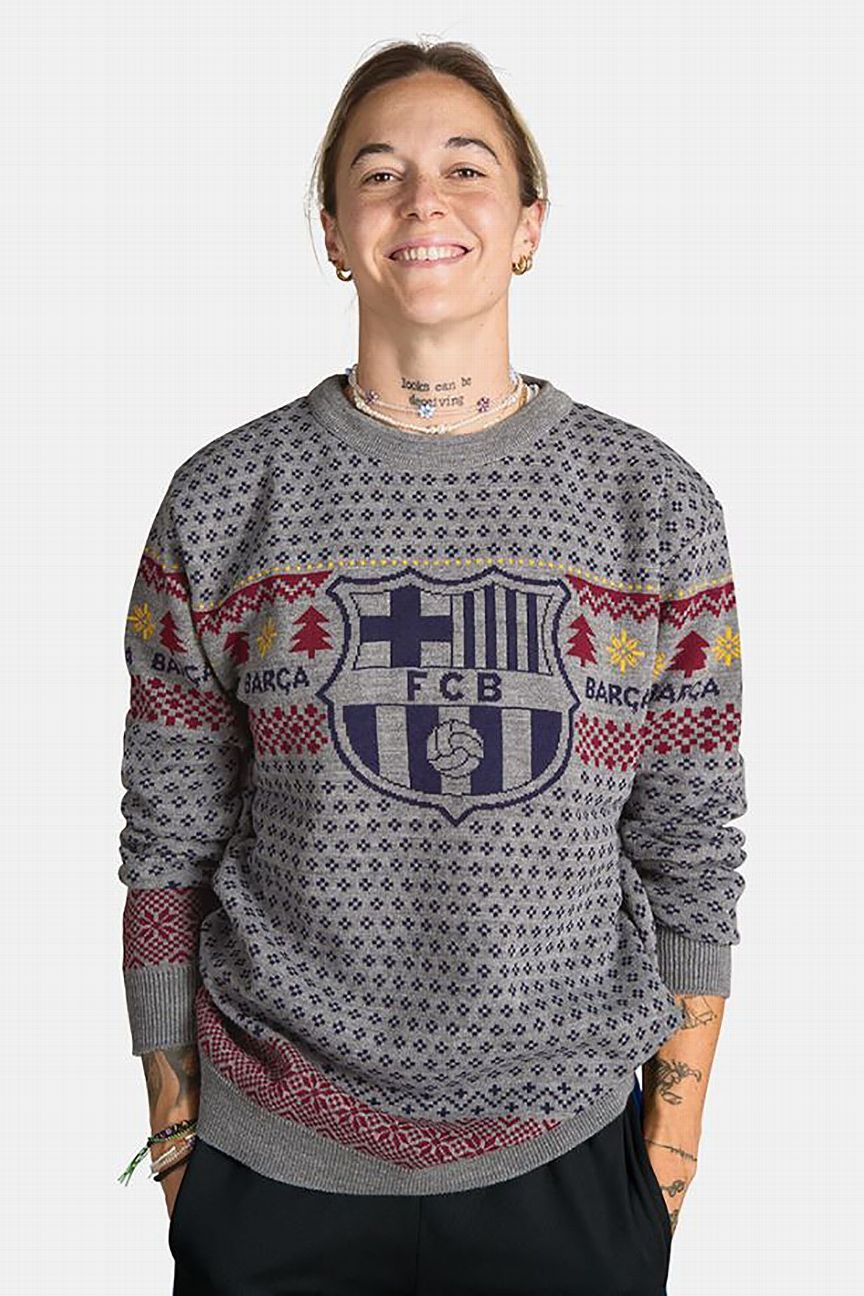 Barca keep things simple and classy with a nifty grey sweater, modelled by Mapi Leon, that features a blaugrana pattern all over and a large club crest front and centre. 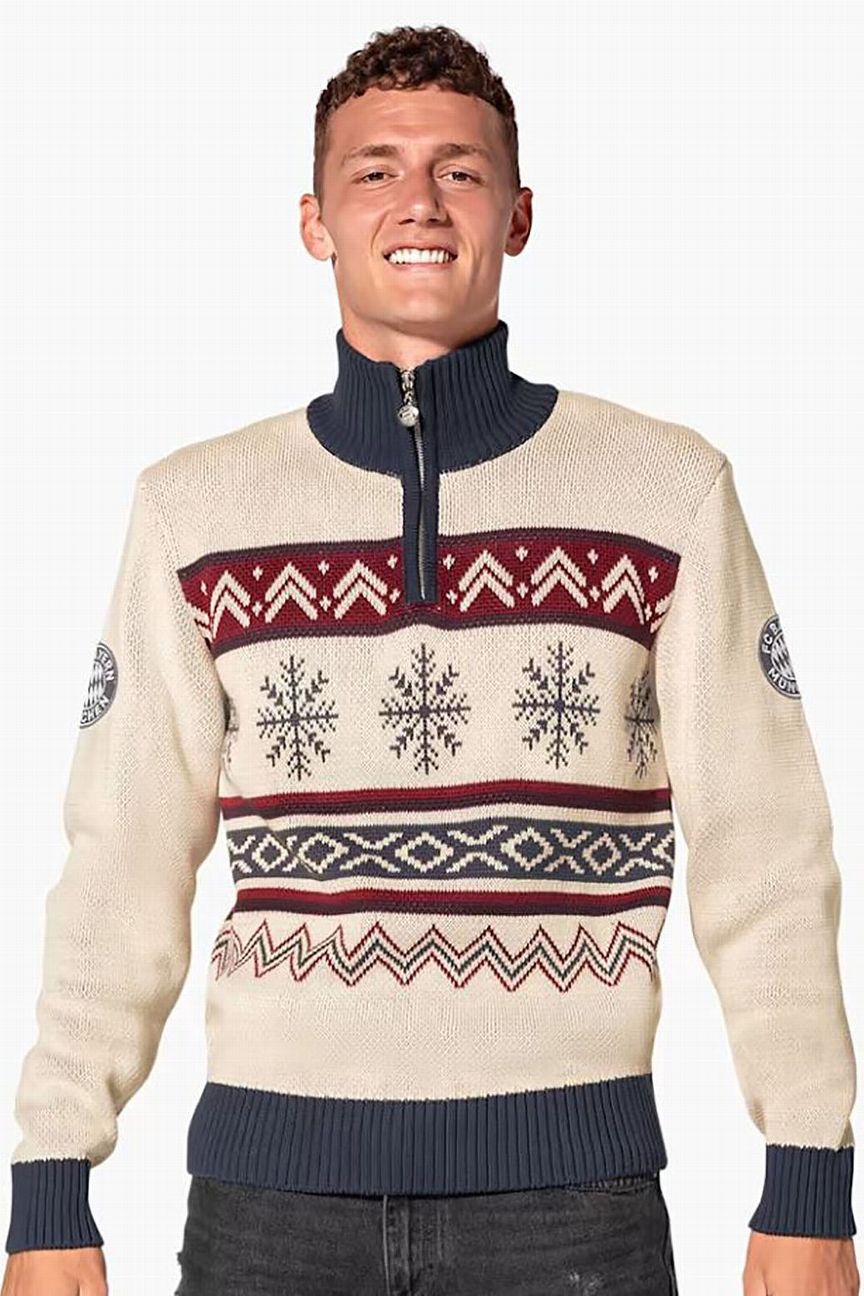 Benjamin Pavard rocks what Bayern are calling a “Norwegian kitted jumper,” which has been such a hit with fans that it is sold out in the club store. 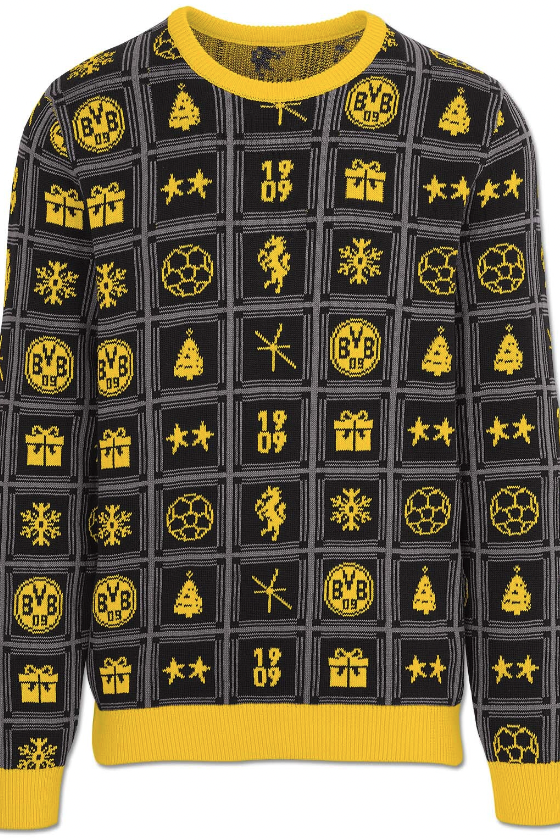 Dortmund’s official Christmas jumper for 2022 is inspired by traditional advent calendars and features an enormous grid of assorted seasonal motifs. Sadly, there isn’t any chocolate hidden behind any of them. 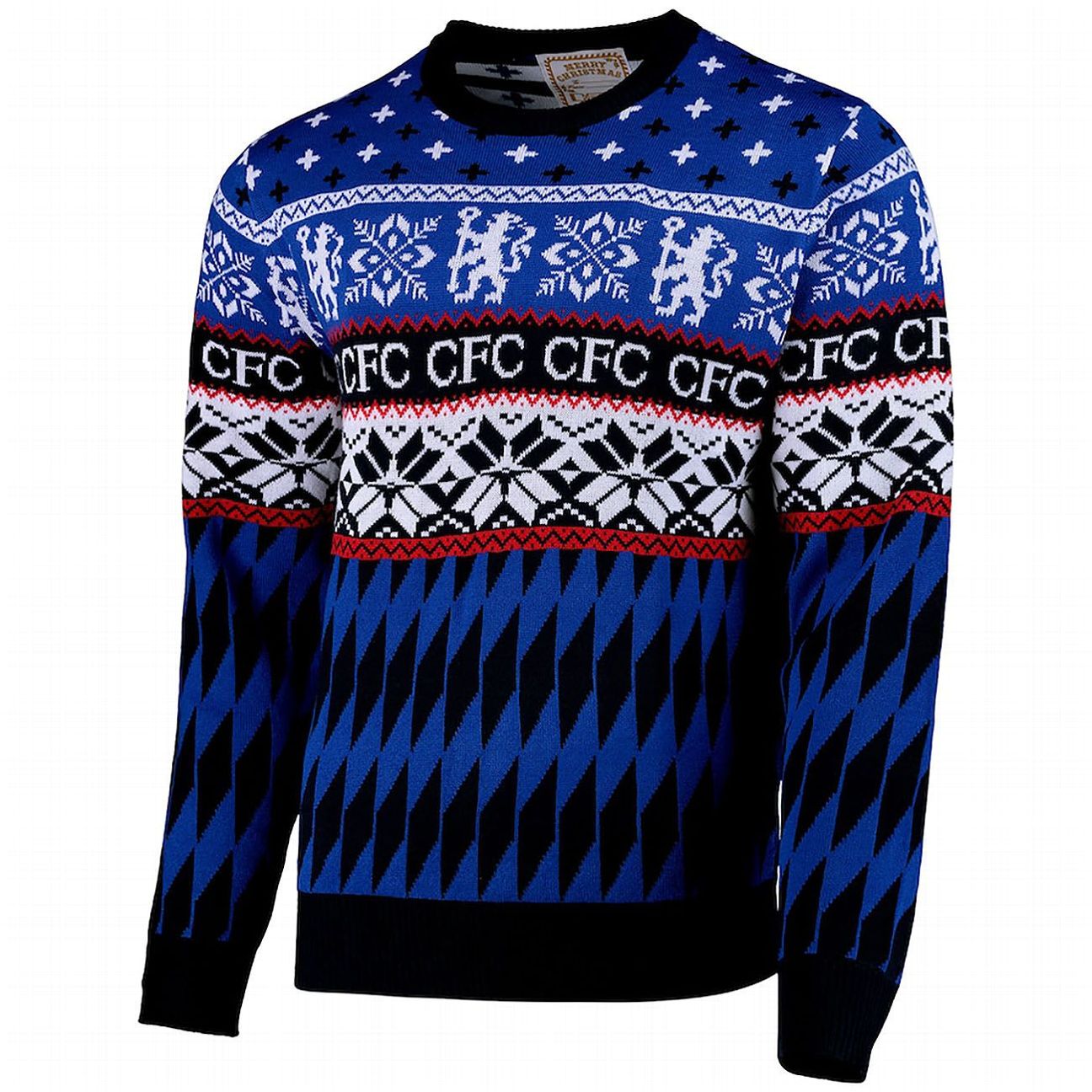 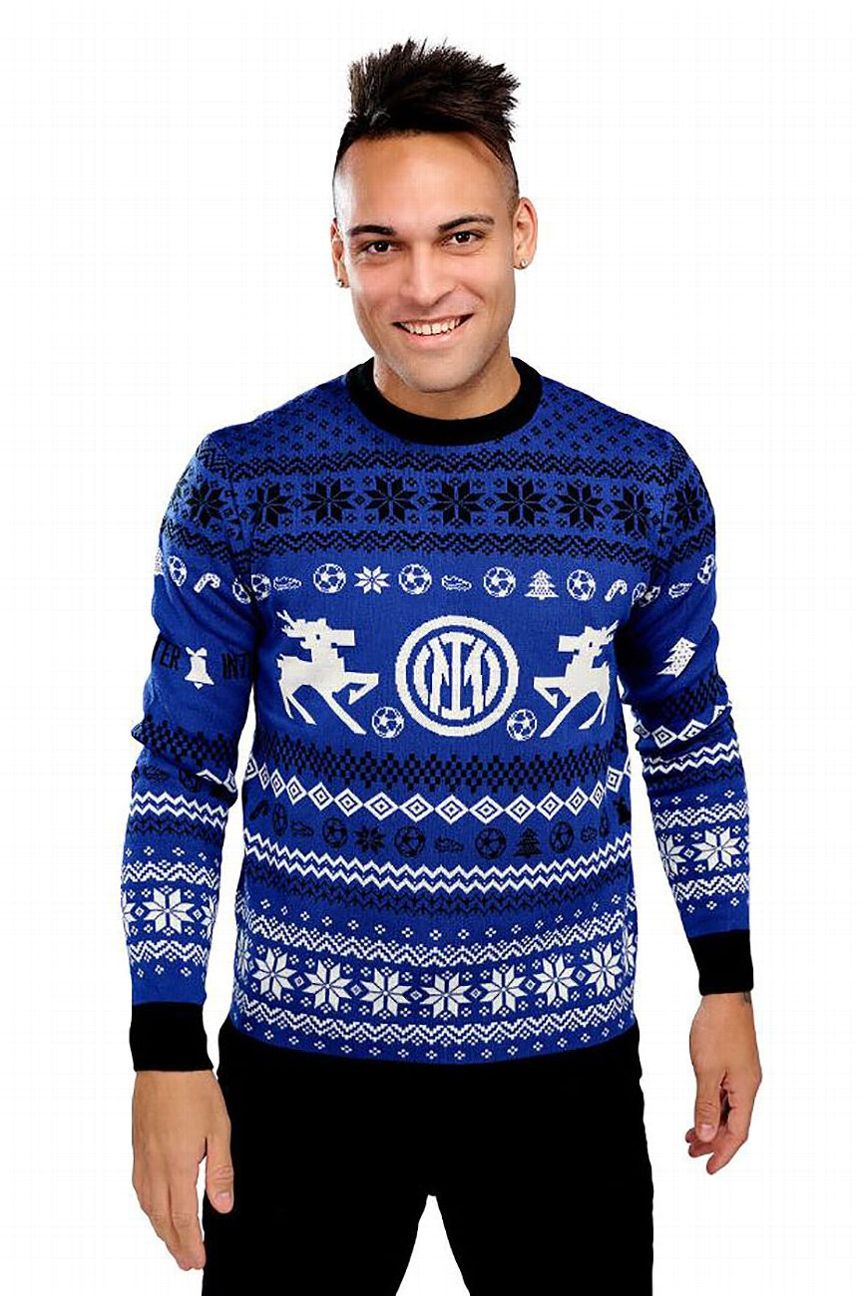 There’s a lot going on in Inter’s festive design — modelled by World Cup winner Lautaro Martinez — but it’s the 8-bit reindeer really stand out. There is also a matching bobble hat in traditional blue, black and white. 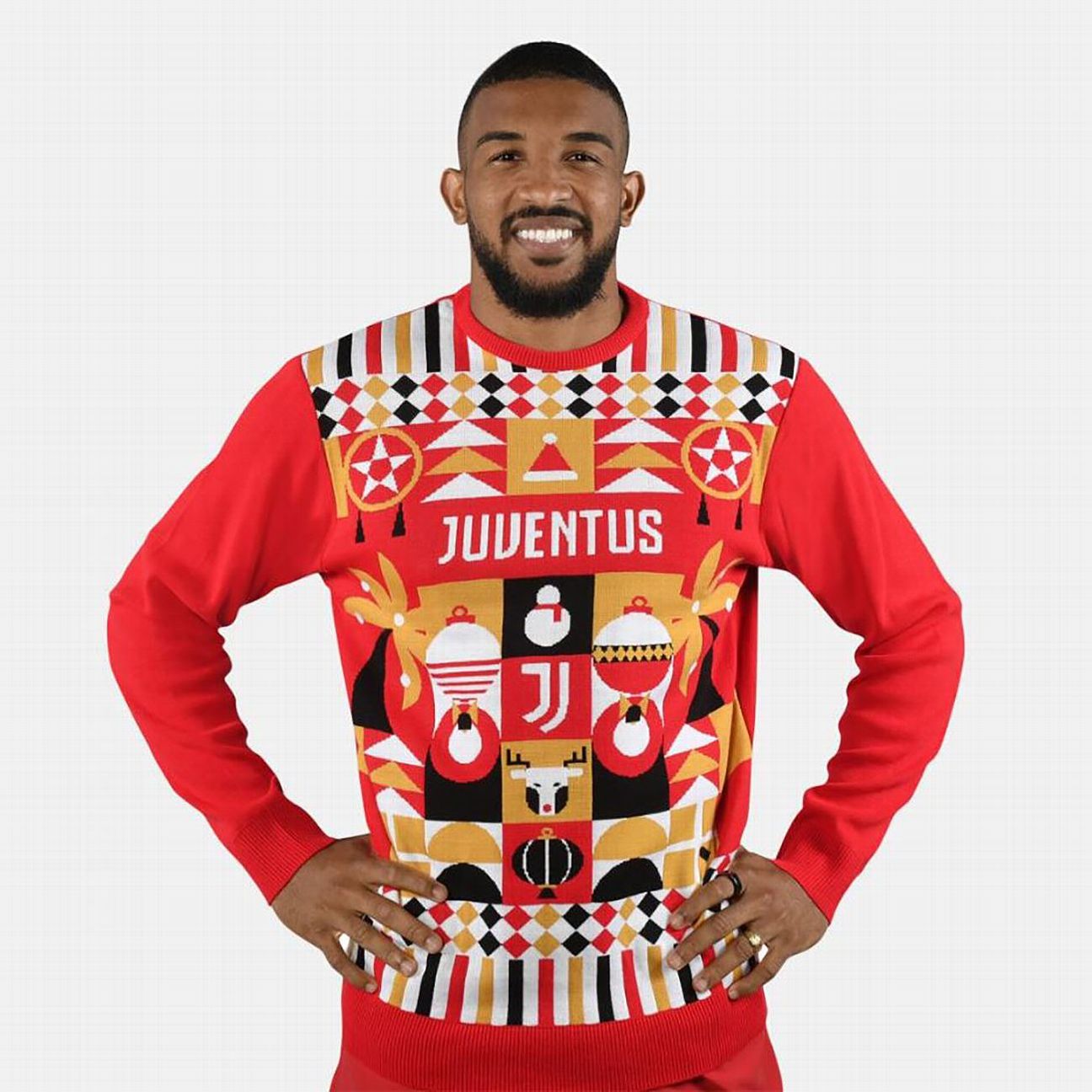 Never shy to push the boundaries a little, Juventus have gone with a retina-burning abstract pattern of baubles, reindeers and — are those palm trees? Juve defender Bremer seems happy enough wearing it, though. 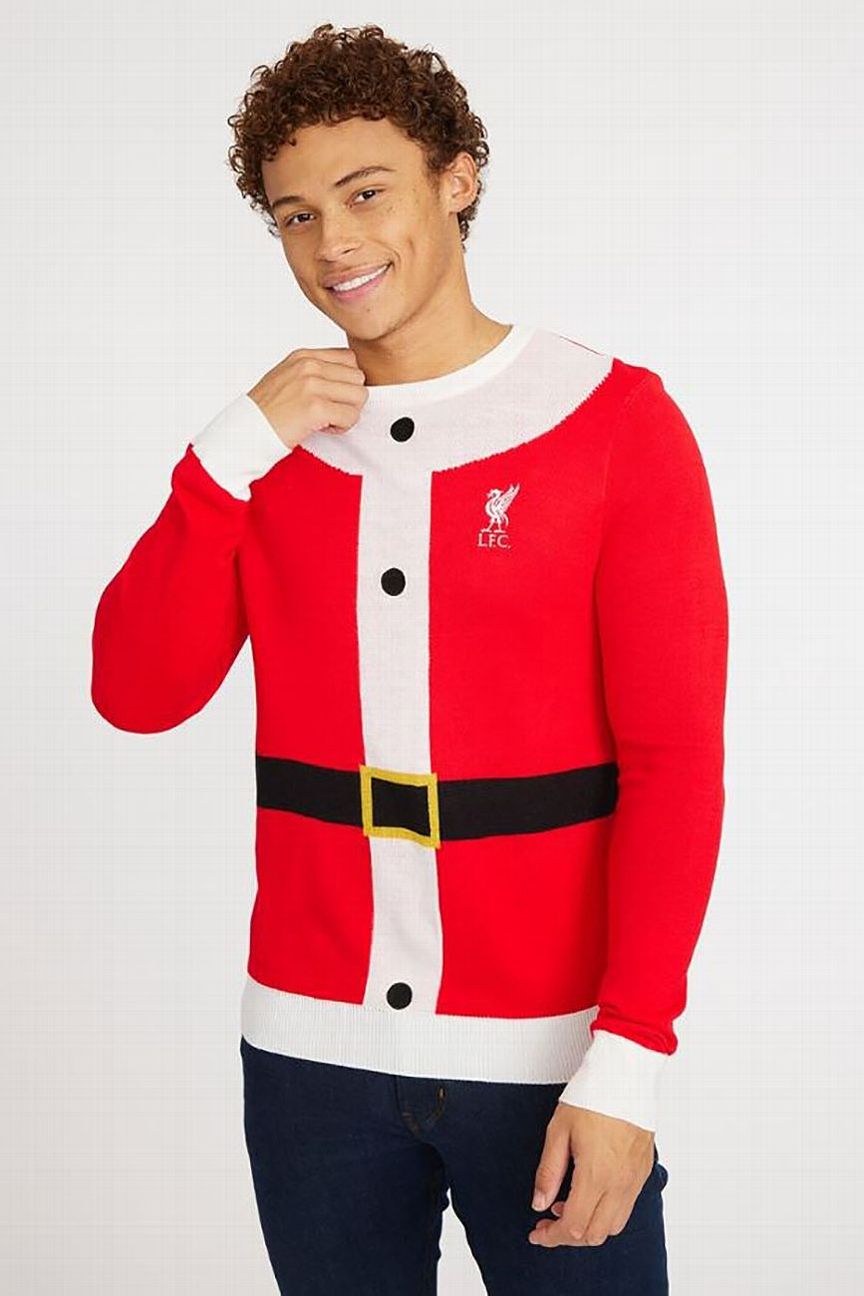 In what is arguably the most Christmassy design of all, the Reds more than live up to their nickname by adding the “LFC” crest added to Santa’s classic outfit. 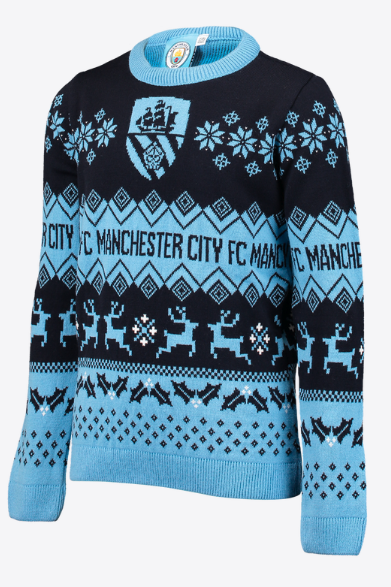 While the design is arguably a little plain, it’s certainly smart enough to wear around the dinner table on the big day. 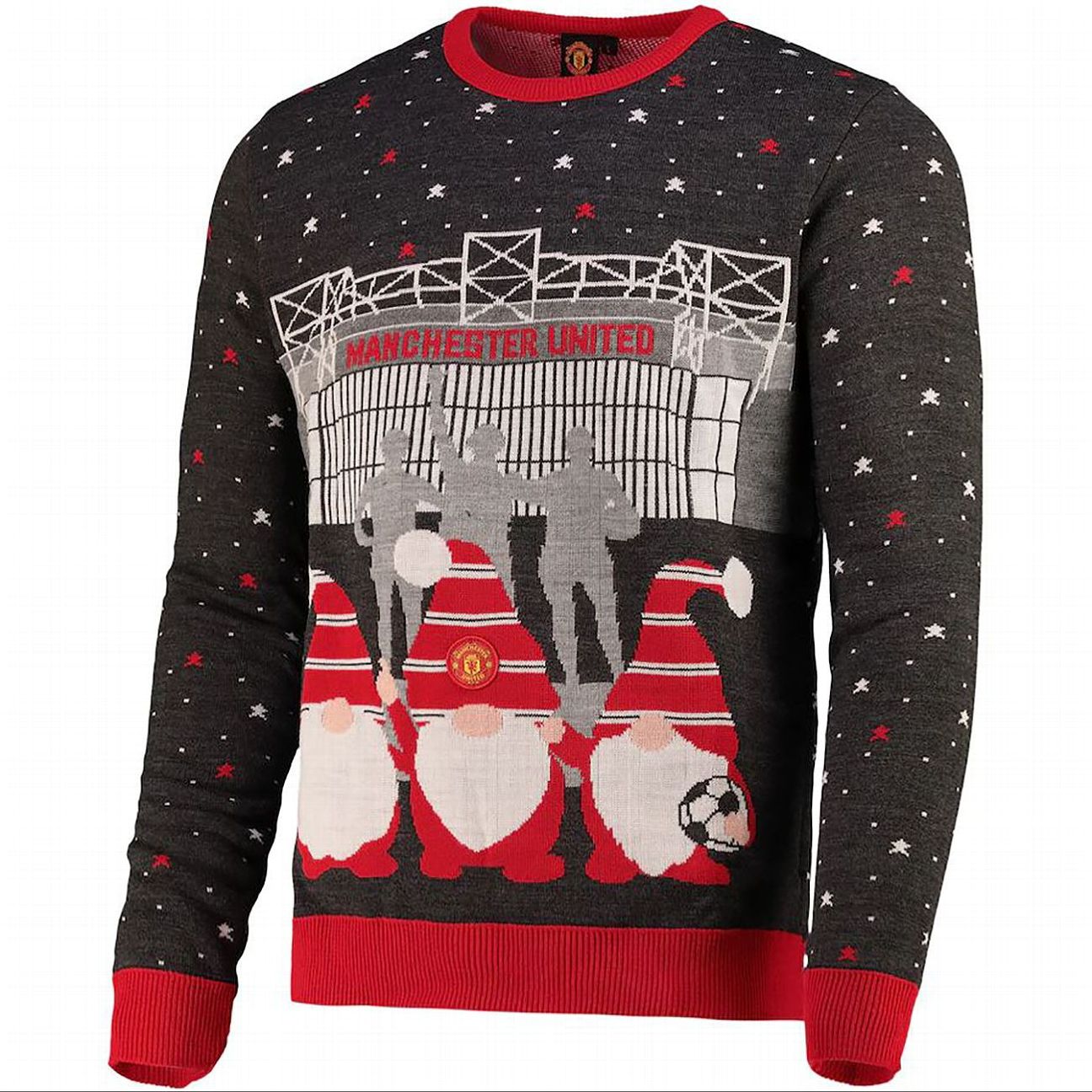 United have a couple of options to choose from, but the best is surely this scene of a trio of gnomes standing in front of the club’s famous “Holy Trinity” statue outside Old Trafford on a snowy, starry night. 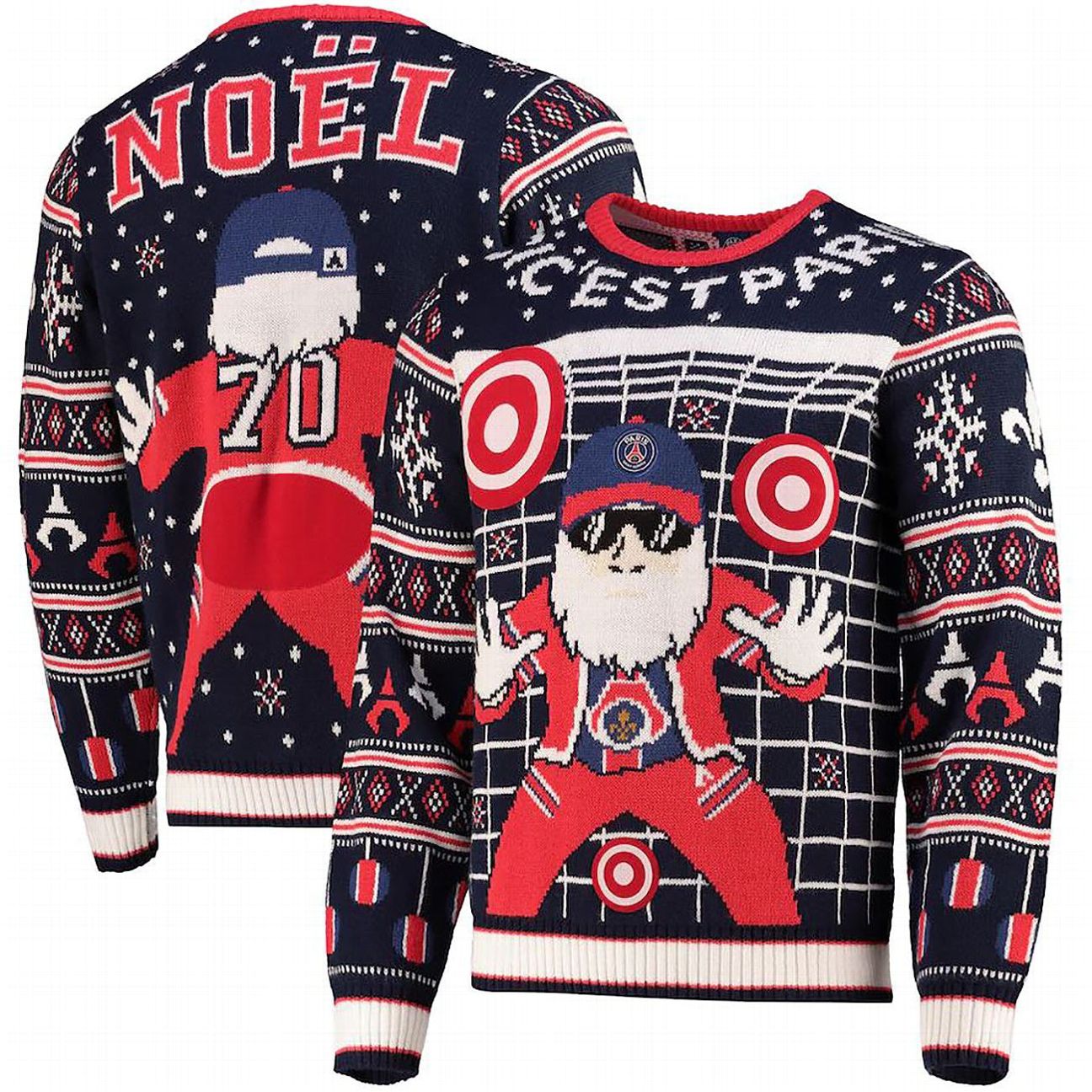 PSG also have a sweater with a very chic traditional design, but we think they’d rather we shared this one of Papa Noel going in goal for the reigning French champions. 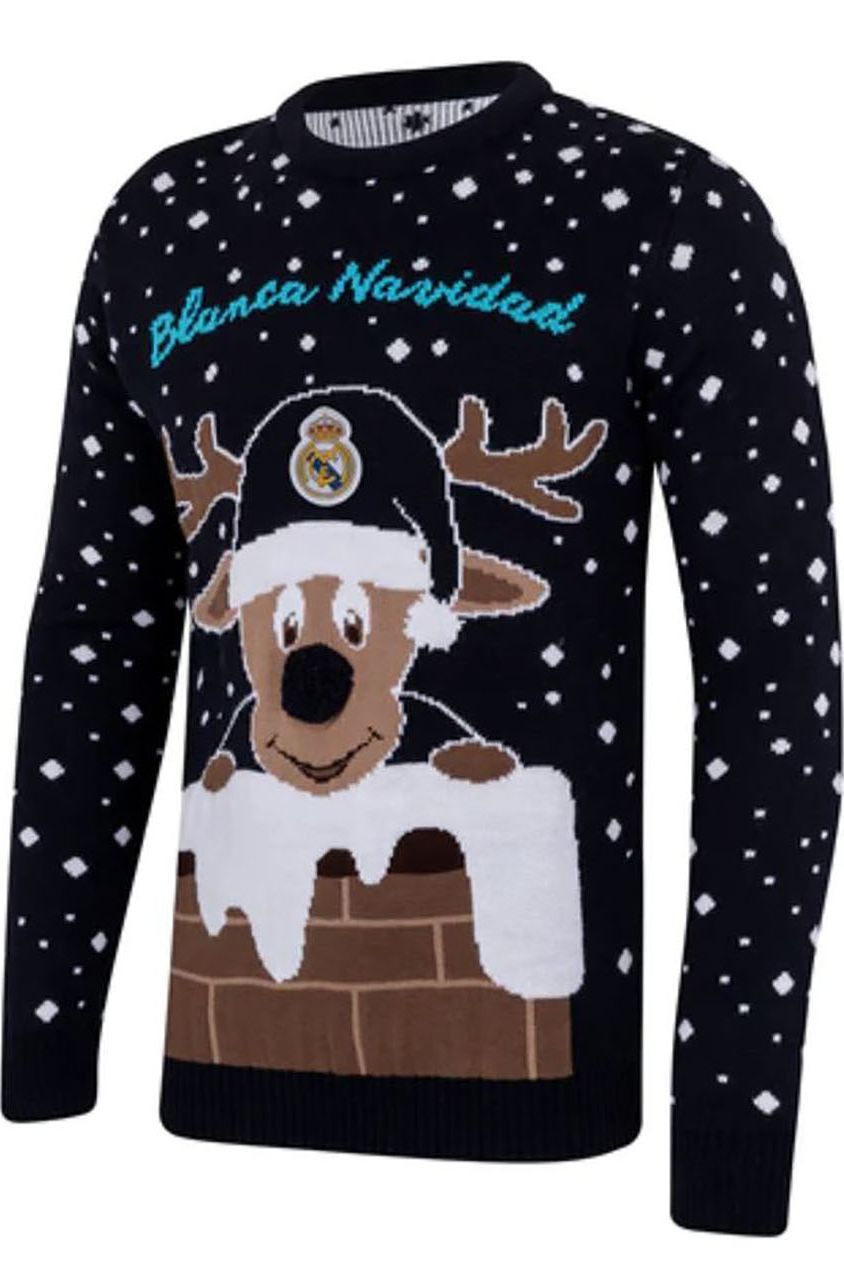 Meanwhile, things are almost as playful over at the Bernabeu, with Real Madrid choosing to wish their fans a “White Christmas” via a cartoon reindeer emerging from a frozen chimney. 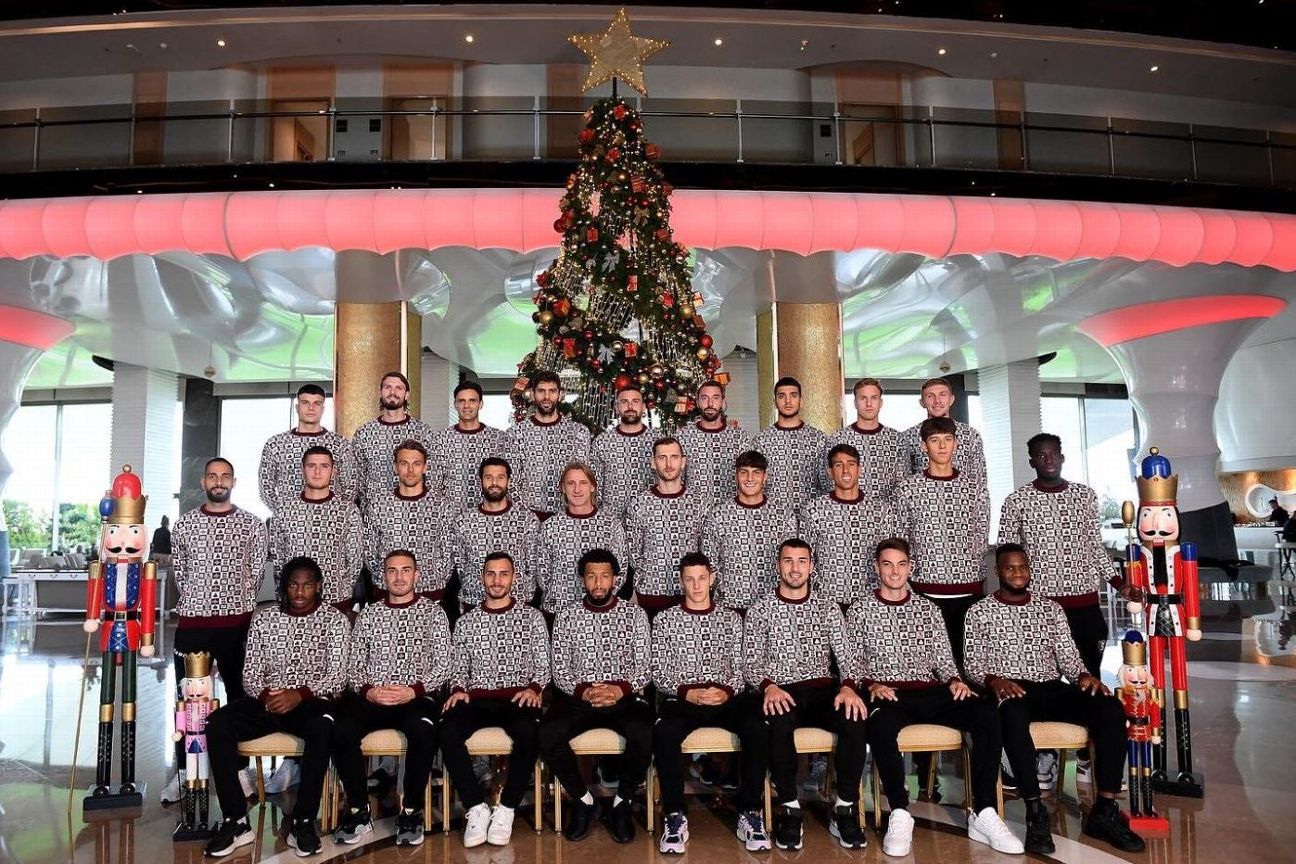 Italian club Salernitana may not be of the stature of the other clubs here, but they deserve an honorable mention for their claret and white mosaic pattern. It bears their club colours, crest and year of formation (1919) as well as a selection of festive images. It’s sure to divide opinion, but it’s working for us. 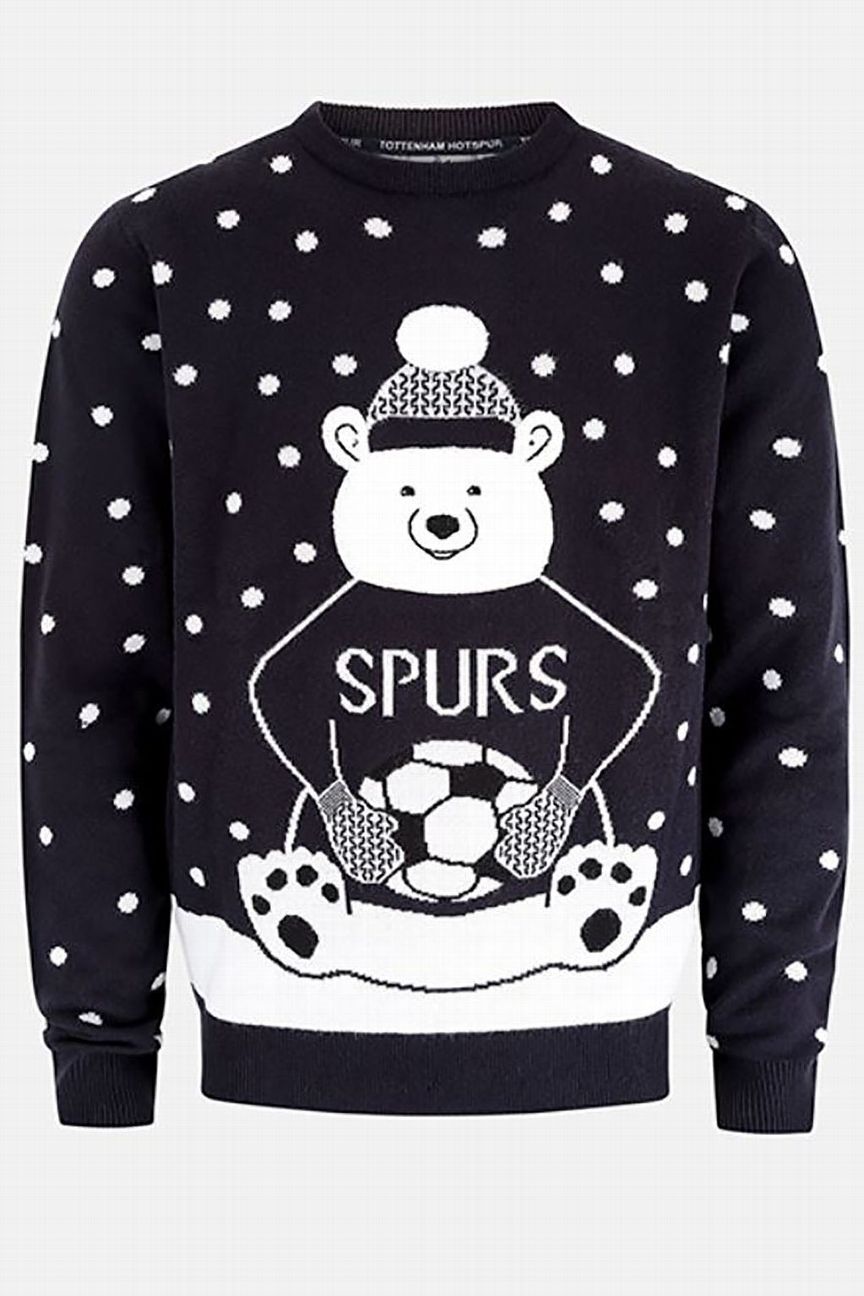 Spurs’ festive knitwear is rather understated and simply depicts a large polar bear clutching a football with the type of cool assuredness that fans would love to see more often from Hugo Lloris.

Pulisic, Fred, Hazard: Players who are better for their country than their club