Liz Truss has “showed the world she is unfit to be prime minister” and is a “symptom of the Westminster dysfunction”, SNP’s deputy leader will say in his opening speech at the party conference.

Keith Brown will accuse the prime minister of delivering “more chaos and confusion than even the most pessimistic prediction” when he addresses delegates gathered in Aberdeen.

In a scathing assessment of her first month in the job, he is expected to say: “In less than a month, she has tanked the economy; risked the pensions of millions; scrapped the cap on bankers’ bonuses; announced and then U-turned on income tax cuts for the wealthy; created a debt crisis; and showed the world she is singularly unfit for the job.”

He will say the “chaos she has created is no surprise”, pointing to her record in government under the past three prime ministers.

“From austerity to Brexit, she’s been complicit in inflicting the worst Tory policies on the people of this country.”

Mr Brown will also take aim at Westminster in his speech, which will open the first in-person SNP conference since before the pandemic.

He will say: “It is a sobering thought indeed that when the history of 2022 is written, it will record that Boris Johnson was not even the worst prime minister this year.

“What is clear is that Liz Truss is a symptom of the dysfunction at Westminster – not the cause.” 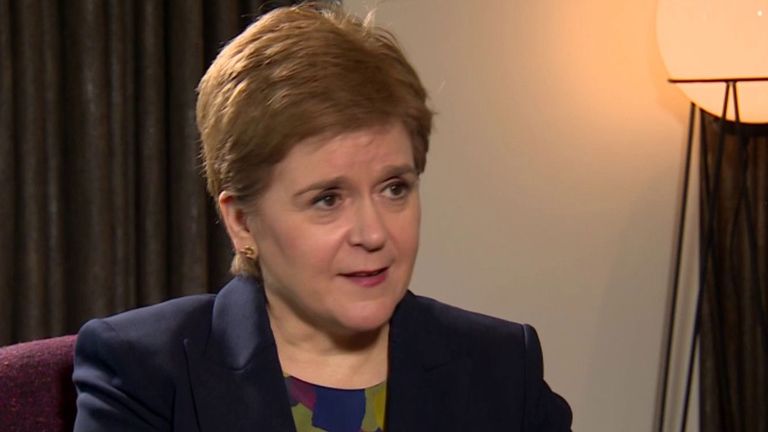 Mr Brown will also condemn Labour, describing leader Sir Keir Starmer as “just another Tony Blair” and accusing the party of being “as Trumpian as the Tories in their denial of Scottish democracy”.

He will tell delegates: “It is an incontrovertible fact that the SNP has a cast-iron mandate to hold an independence referendum.

“But Labour always side with the Tories to protect Westminster control – no matter how high a price the people of Scotland pay.”

Scottish Labour deputy leader Jackie Baillie has hit back, saying: “They don’t care about kicking out this disastrous Tory government, all they care about is their narrow nationalist obsessions.”

And Scottish Tory constitution spokesman Donald Cameron MSP said: “The SNP are kicking off their conference in the only way they know how – by talking about independence.

“Keith Brown’s speech is the height of self-indulgence to pander to the party faithful. It sets the tone for another SNP conference that will be dominated by independence, rather than talking about the real priorities of Scots.”

The conference comes days before the Supreme Court is due to hear arguments that could allow the Scottish government to legislate for another independence referendum.

First Minister Nicola Sturgeon is also due to release a paper next week setting out her plans for the economy and currency of an independent Scotland.

Earlier, she told Sky News she won’t resign if her government loses the Supreme Court battle.

She said Ms Truss’s premiership has been “utterly catastrophic” for the UK economy and revealed she is yet to have a phone conversation with the prime minister, a month into her tenure.

Ms Sturgeon spoke to David Cameron within hours of taking office, and to Theresa May and Boris Johnson within days of their arrival at Number 10.

“It is just unusual that Liz Truss hasn’t decided to do the same thing,” she said. “Why is that the case? Lack of respect, arrogance, insecurity, who knows.”

Ms Truss sparked a row with the first minister during the Conservative Party leadership race when she called her an “attention seeker” and said the best thing to do over Ms Sturgeon’s desire for an independent Scotland is “ignore her”.

On Friday, a UK government spokesperson insisted the prime minister has made clear her priority “is to deliver economic growth across the Union” and said ministers engage with devolved administrations regularly.

Time for union bosses to ‘get out of the way’, transport secretary says

After only 28 days, Truss has had the worst possible start – can she win back control? | Beth Rigby

Sajid Javid stepping down at next election