Former Tory leadership contender Tom Tugendhat has endorsed Liz Truss in the race to be prime minister, in a huge blow to Rishi Sunak.

Writing in The Times, Mr Tugendhat said that the foreign secretary’s promises of tax cuts are based on “true Conservative principles” and that she can unite the party.

He said: “Liz has always stood up for British values at home, and abroad. With her at the helm, I have no doubt that we will move with determination to make this country safer and more secure.”

Mr Tugendhat had pitched himself as the outsider who could make a clean break with a party mired in sleaze and scandal. But he was knocked out of the leadership contest in the third round of MPs’ voting earlier this month.

The former soldier, who is chairman of the foreign affairs select committee, said that after watching the candidates go head-to-head in live TV debates, “only one has convinced me she’s ready”.

He said both contenders have “huge qualities and many talents” but that Ms Truss has an advantage on the world stage because of her cabinet position.

He said the world “is getting more challenging” as fuel prices rise across the globe, and that we need a leader “with the foreign-affairs experience to build alliances and keep our country safe”.

He said: “That’s where allies come in. As foreign secretary Liz is starting with a huge advantage. She can make our voice count.”

Mr Tugendhat has become the latest high-profile Tory to back Ms Truss. 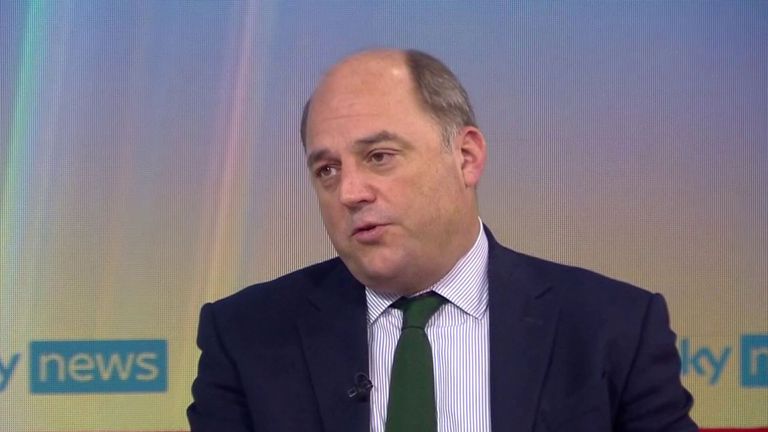 Mr Sunak was initially the frontrunner in the race, winning the most support from MPs in the first few rounds of voting.

But polling has shown Ms Truss is more popular among Tory party members, who will ultimately decide who will be the leader and next prime minister.

Despite this, Ms Truss insisted today that she is “not at all complacent” about her prospects.

Asked if she is confident she is now set to win the race, she said she is “fighting for every vote across the country”.

“I’m the person who can get our economy growing, reduce taxes, but also unleash all of the opportunities of Brexit, and that’s what I’m determined to do,” she told reporters in Norfolk.

“I’m delighted to have the support of Ben Wallace. We’ve worked very closely together. He’s been a fantastic defence secretary for our country.”

Rishi Sunak and Liz Truss will take part in a head-to-head debate on Sky News on Thursday 4 August at 8pm hosted by Kay Burley.