The “scandal” of MPs’ earnings from second jobs and donations exposed by Sky News’ Westminster Accounts project “needs to end” through “root-and-branch” reform, the SNP has said.

The party’s Westminster leader Stephen Flynn told Sky News’ deputy political editor Sam Coates that the findings of the investigation should “ring alarm bells for everyone” and demonstrate that a “complete overhaul” of the rules is required.

Describing the situation as “not acceptable”, Mr Flynn said “everything needs to be on the table” when it comes to reform, adding: “We need to have transparency in public life.”

On Sunday, Sky News and Tortoise Media launched a new database of MPs’ outside earnings – the first time they have all been collated in one place.

Search for your MP here

According to Sky News’ analysis of the MPs’ register of financial interests, 38 MPs have taken on second jobs where the ultimate party paying them is unclear.

While 14 MPs have been given more than £250,000 each towards their campaigns and causes.

More on Houses Of Parliament

The investigation also discovered that nobody had heard of a company donating hundreds of thousands to Labour MPs on a visit to its registered address.

Mr Flynn told Sky News that the project has highlighted that “the Westminster system is broken and corrupt”, with MPs earning millions outside of their parliamentary day jobs.

After asking Rishi Sunak a question on former prime minister Boris Johnson’s outside earnings at PMQs earlier today, Mr Flynn has now written to the current PM calling for him to introduce robust legislation to tighten the rules.

The SNP’s Westminster leader’s demands include: 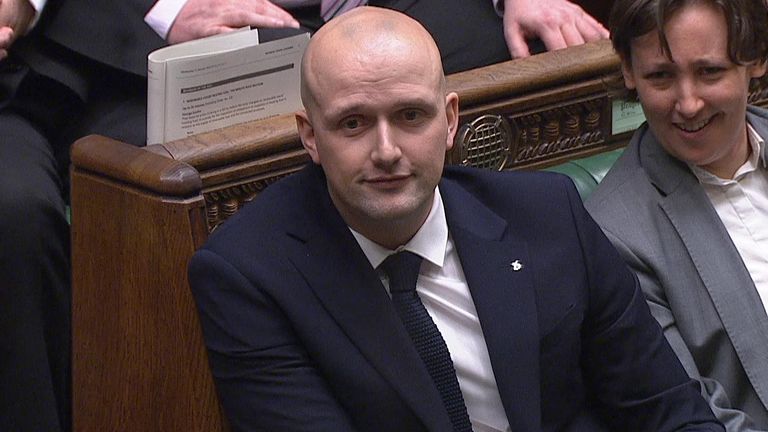 ‘This is the expenses scandal all over again’

Mr Flynn told Sky News that the revelations uncovered by the Westminster Accounts project will be “of huge concern to the public”.

“We are all public servants, we serve the public – and if the public don’t know why we are doing what we are doing or who is funding us that is deeply concerning,” the SNP’s Westminster leader said.

He continued: “But if we are going to have transparency in British politics, we need to get to the bottom of this and ultimately Westminster needs reform.”

Mr Flynn added: “And we should also broaden that discussion out to whether MPs should be spending as much time as they are on second jobs when, in reality, they are members of parliament there to legislate.

“It is pretty clear cut to me that we should be putting out duties in parliament first.”

Mr Flynn said he was “sceptical” that change will happen, describing Mr Sunak as being “ambivalent” to the idea earlier on Wednesday.

In a statement, the SNP’s Westminster leader added: “This is the MP expenses scandal all over again.”

The intervention from Stephen Flynn, leader of the third biggest party in parliament, suggests there is something of a pincer movement going on.

One by one, opposition party leaders are embracing – to an increasing degree – the idea that there needs to be some kind of change as a result of the Westminster Accounts that have been published by Sky News and Tortoise Media.

But what is interesting is that the person most bullish in their demand for change is actually a Conservative – Lord Pickles. He matters because he is a former cabinet minister who was in office in the aftermath of the expenses scandal and now heads a government ethics watchdog.

His powerful case for change, delivered in an interview with Sky News on Tuesday, has really kicked off this debate. It is notable that it has been opposition MPs, perhaps most robustly led by the new SNP leader today, adopting the charge as well.

But it is worth looking closely at what the Tories are doing because, ultimately, there are more of them than any other party in the Commons. That means if there is going to be change they need to be on board.

Rishi Sunak likes to talk about the importance of transparency, and that is the government line right now. But beneath the surface, he knows that change is hard. He cannot risk another battle with his own party on top of the many that have fractured the Conservatives in the course of this bruising parliament.

Boris Johnson tried to take on his backbenchers on the subject of second jobs but abandoned serious reform early in 2022. Another fight over changes to the rules and a greater drive to transparency at this point looks unlikely.

That is why the issue is stuck. It does not mean there is no way out in this parliament – pressure will build the more problems people find in the way that money works in politics. But it could well be that serious change can only come after the next general election.

Earlier this week, the prime minister said there was a reason that “rules and regulations” are in place surrounding donations to MPs after the Westminster Accounts project launched.

Mr Sunak said: “I think transparency is really important for the healthy functioning of democracy, it’s absolutely right that there’s disclosures around donations and outside interests. And transparency is a good thing, and I fully support it.”

However, he did not answer when asked whether it was right that some MPs are being given six-figure donations.

“People should know what income their MPs are receiving, what funding they have for their political campaigns. I think it’s really helpful that you have put that information together so people can make a judgement at the ballot box as to whether MPs are behaving the way they want,” he said.

Asked about the prospect of reforms, he insisted the UK has one of the most transparent systems “in the world”. 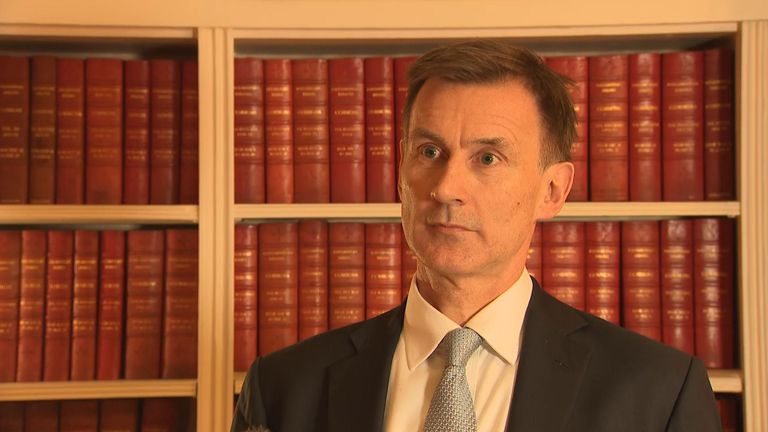 ‘We have a lot of transparency’ – chancellor

‘It wouldn’t take much to just sort this out’

But the chair of parliament’s ethics watchdog said the Westminster Accounts project has shown that MPs should be forced to exercise more “due diligence” over donations.

Praising the investigation, Lord Pickles told Sky News that MPs should have to know and declare a named individual as the originator of a donation, even if the funds come from a company.

“It wouldn’t take very much to just to sort this out,” said Lord Pickles, who is the chair of the Advisory Committee on Business Appointments.

He added that it “wouldn’t be unreasonable to put together some guidelines for MPs to be able to answer some just very basic questions”.

APPGs are informal interest groups of MPs and peers that facilitate cross-party work on an issue, a country or a sector, but the chair of one of Westminster’s ethics watchdogs has told Sky News they could represent “the next big scandal”.

As the cost of living crisis worsens, people are turning to an unlikely place for help